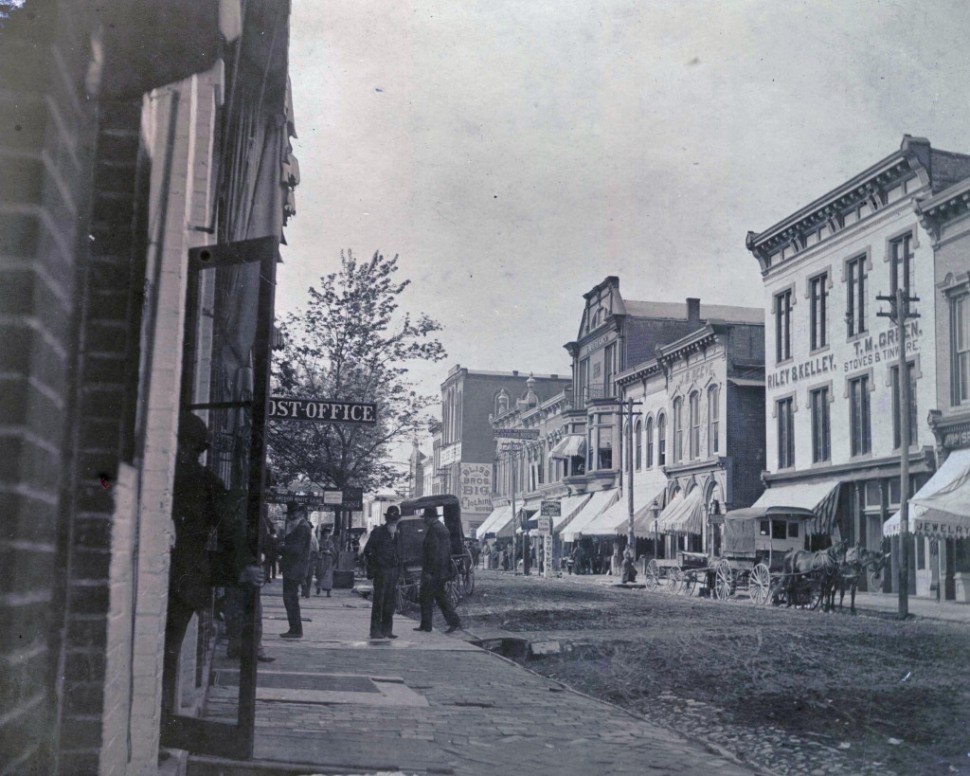 Walking down Main Street today, sometimes I like to imagine that 2015 has been transformed into the early 1900s:  a period in Rushville’s history when the buildings were freshly erected, the strong odor of dust and mortar and brick and paint spreading over the town like a smiling sunrise.  Envisioning the cosmopolitan women on the façade of a Main Street building resurrect and gossip and shop, I see Rush County full of color during a time when the photographs taken of the town contained contrast between the black, white, and shades of grey.  Certainly, the times have changed.

The Rush County Community Foundation did not exist in the early twentieth century, but the RCCF came into existence almost one hundred years later.   Established in 1991 by locals Paul Barada, Rick Levi, and Dan Earnest, the foundation began as a response to the Lilly Endowment’s Giving Indiana Funds for Tomorrow Initiative or the GIFT Initiative.  This challenge by the Lilly Endowment was to raise one million dollars in permanent endowment funds by the end of the year 1995 in order to collect $500,000 that would be placed in the Community Fund.  The Community Fund was designed to meet charitable needs throughout the county. 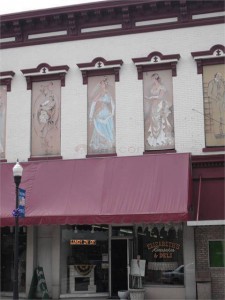 Now in 2015, the RCCF is a $12 million powerhouse organization that has provided more than $8 million in grants, scholarships, and fund payouts.  With just a little change, the asset size of the RCCF has increased significantly providing an anchor for the community in the sea of perpetual change.

Now is the opportunity to donate change to affect change!  By giving to the RCCF and helping the Foundation raise $500,000 in funds so that those funds will grow to another $1,000,000, you are contributing to the augmentation of Rush County’s future!

Stop in and see us!  We are open Monday through Friday, 9:00am—4:00pm.  We are located on the west side corner of Main and Second Street across from the courthouse. If you can’t make it in, please call 765-938-1177 and ask us questions, we would be happy to assist you! 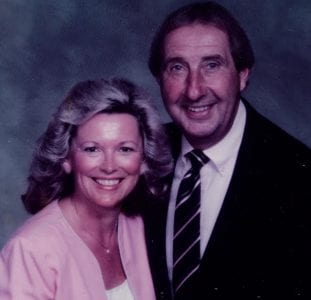 Rush County Community Foundation22 hours ago
We're absolutely loving all the ways the Arlington Elementary School Wildcats are teaching their kids to care for each other and themselves! Mental health is so important for EVERYONE. Congratulations on making a huge difference for kiddos now and in the future!

AES honored with state award
Earlier this month at a gathering of educators and Special Education Directors from throughout the state, it was announced that Rush County’s Arlington Elementary School was chosen as the state
rushvillerepublican.com
20    View on Facebook

Rush County Community Foundation3 days ago
Another chapter in the “if you build it, they will come” story of Rush County. We knew when RCCF Fund The CIRCLe granted their annual award to the City of Rushville Parks Department to create the Rushville Futsal court that this was a different kind of project. Not many people in Rush County had even heard of futsal. In less than a year, the court has made a HUGE impact on our community. It’s created a new physical outlet for our youth. It’s brought tournaments and countless visitors to our area. It’s created opportunities for local businesses. And now it’s brought accolades and the spotlight in the form of the Indiana Soccer Association’s President’s Award! Congratulations to Dan, Austin and all the Chicks – we’re so pleased and proud to be able to support such an innovative and successful project!

Rush County Community Foundation4 days ago
This week's #YIPeePhilanthropy update shows how Casey Yager is philanthropic in both her career and personal life. Give it a read! https://rushcountyfoundation.org/yip-spotlight-casey-yager/ 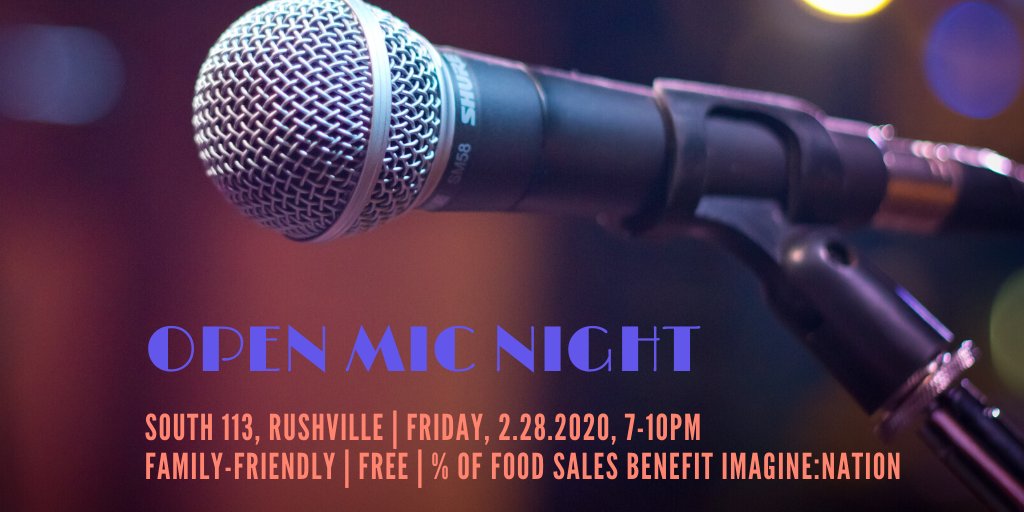 Rush Co Foundation @GiveINRush
5 days ago
"Giving and happiness go hand in hand." Teach kids the importance of this early on. https://t.co/0lUpkeLnMz
View on Twitter
2
3

Rush Co Foundation @GiveINRush
1 week ago
How ready is Rush County for change? The report from last fall's community insights meetings with the Indiana Communities Institute of @BallState is in. Read it now. https://t.co/Lk8OKXHAR0 https://t.co/4ChbA80KwR
View on Twitter 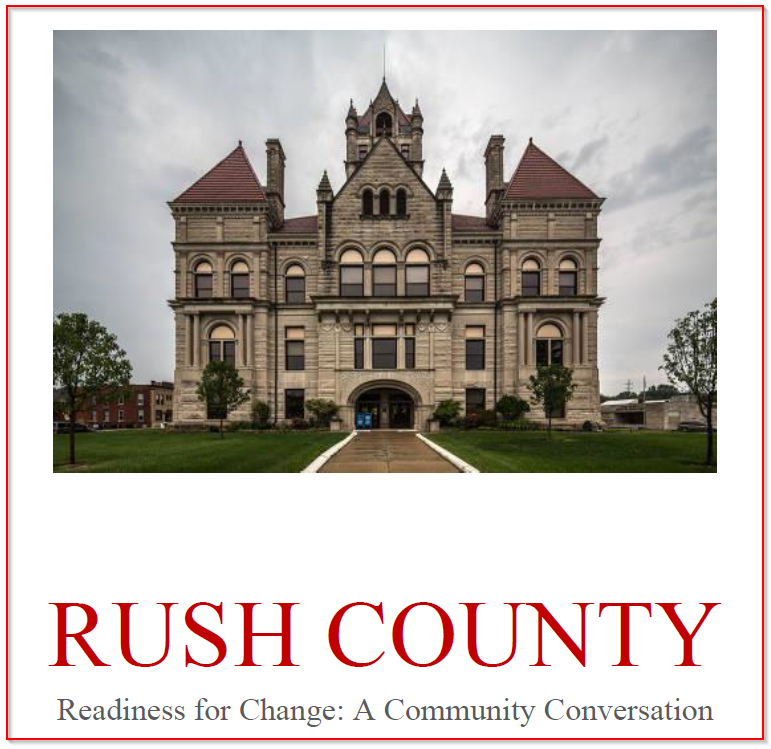