The Rush County Community Foundation was created in 1991 in response to the Lilly Endowment Inc. Giving Indiana Funds for Tomorrow (GIFT) Initiative. Knowing that a Community Foundation could be a beneficial community resource, three Rush County friends, Rick Levi, Paul Barada, and Danny Earnest, saw the GIFT challenge as an opportunity for our philanthropic community. GIFT encouraged donations to permanent endowment funds to occur by providing matching dollars to successful organizations and offered the jumpstart needed to begin a local Community Foundation for our own Rush County.

From our humble beginnings of assets at $85,000 to today’s endowments in excess of $20 million, the Rush County Community Foundation’s success has been a result of the generosity of people like you.

The first grant from the Rush County Community Fund was awarded to Rush Memorial Hospital for purchase of new lights in the emergency room. 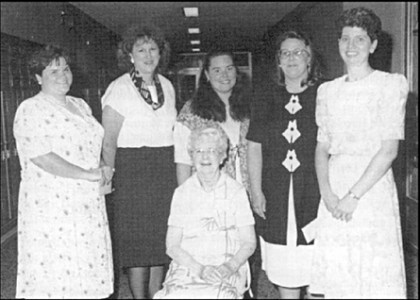 Thanks to the building donation from Terry Smith, President of Norwest Bank, RCCF found a permanent home at 117 North Main Street Rushville, IN.

The first scholarships were awarded from established endowments: $8,750 was awarded from the Frank & Frances Hilburt Scholarship Fund.

The first grant cycles occurred: $13,523.91 was awarded to eight community organizations, including grants to local volunteer fire departments for equipment and new windows for the Rush County Historical Society.

Lilly Endowment Inc. continued to support our community foundation by offering a third GIFT program valued at $1 million. The Board of Directors chose to allocate $250,000 towards Foundation programs and $750,000 towards a community project that would benefit residents of Rush County.

Grants awarded to community organizations more than doubled in 1997. More than $27,500 was given to 15 local organizations to assist with a variety of needs and improvements. 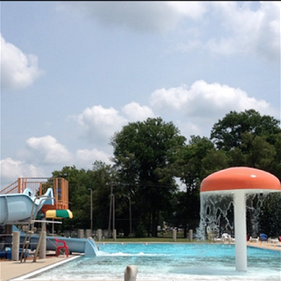 Grant awards continued to increase: Nearly $55,000 was awarded to 22 local organizations, providing essential equipment and improvements for local fire departments, the Rush County Boys and Girls Club, and the Senior Citizens Center (among others).

Another Lilly Endowment Inc. GIFT Phase IV was offered to raise $100,000 for operations, matching $3 for every $1 raised.

The RCCF Board of Directors recommended and approved the following projects:

RCCF was able to build an addition for a conference room and to make changes to our existing building because of Lilly Endowment Inc. grant funds.

Local organizations and projects continued to receive funding from our community grant funds: $67,000 assisted projects for parks in Rushville, New Salem, and the Veteran’s Memorial Park, The Heart of Rushville, Big Brothers/Big Sisters, and other deserving organizations. 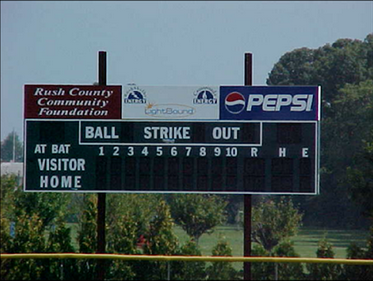 2002 grant for Council of Clubs scoreboard

Seven grants were awarded to assist the needs of local community non-profit organizations.

More than $49,000 was awarded in grant funds, enhancing the opportunities 18 local organizations could provide in the Rush County community. 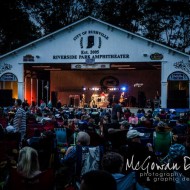 Marked a year of celebration.

RCCF celebrated 15th years of giving to Rush County. Black and Gold ribbons were placed on projects throughout Rush County that RCCF had helped make possible.

Grants were given to support an emergency command unit for Rush County Emergency Management and handicap playground equipment for the Rushville Parks Department. 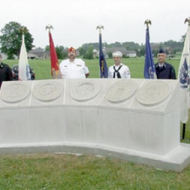 More than $61,000 was given via community grants, making the following possible:

We were able to help our community by distributing over $217,000 in grants, scholarships and individual fund payouts from funds established with RCCF.

More than $400,000 in distributions from 2013 benefited students pursing post-secondary education, the Rushville Public Library, local youth organizations, and the Rush County Agricultural Association… among many, many other Rush County non-profit organizations.

For the first time in over a decade, Lilly Endowment offered another GIFT program. GIFT VI provided $500,000 in matching funds.

We were able to help our community by distributing over $539,200 in grants, scholarships, and individual fund payouts from funds established with the Foundation.

This year was distinguished by a milestone anniversary. We celebrated 25 years of giving in Rush County throughout the year, beginning in May.

In April, Rushville was named one of six Stellar finalist communities announced for the 2016 program year. The Rush County Community Foundation committed $100,000 over the following four years to City projects identified in the SIP.

In October, we were awarded a $100,000 Leadership Grant to create a community action plan with input from residents and an additional $100,000 Board Engagement Grant to help fund activities from the plan.

December of 2020, we found out our $5 million proposal was approved – our dream was going to become a reality – our proposal for our community center was about to become real for Rush County.

Rush Co Foundation · 5 hours ago
@GiveINRush
Your donations made in memory or in honor of a loved one support our community forever. Tribute gifts in 2022 totaled $66,401. All of that love really adds up! ❤️ https://t.co/5gsMAdfsJL
View on Twitter
2
0

Rush Co Foundation · 19 hours ago
@GiveINRush
We are honored to accept donations in memory of Jean Diane Hedrick. She was a retired school secretary at Milroy Elementary. Your gifts will honor Diane's memory forever with support for special projects dreamed up by RCS educators. Give online:
https://t.co/5H2d7YR9tg https://t.co/W82PnTtfGD
View on Twitter
2
0

Rush County Community Foundation5 hours ago
Your donations made in memory or in honor of a loved one support our community forever. Tribute gifts in 2022 totaled $66,401. All of that love really adds up! ❤️
View on Facebook

Rush County Community Foundation19 hours ago
We are honored to accept donations in memory of Jean Diane Hedrick. She was a retired school secretary at Milroy Elementary. Your gifts will honor Diane's memory forever with support for special projects dreamed up by RCS educators. Please send donations to the Rush County Education Fund in c/o: RCCF, 117 N. Main St., Rushville, IN 46173 or give online: https://rush.fcsuite.com/erp/donate/create/fund?funit_id=1182
11    View on Facebook

Rush County Community Foundation1 day ago
2022 REWIND⏪: In 2018 we prioritized early learning and established First5. Their work continues to make high-quality learning available to more local children. A new fund will give scholarships to preschoolers in approved EL programs. For 2 years, the CIRCLe Fund has made grants to support ages 0-5. Together we are setting our children up for success. READ ALL ABOUT IT ➡ #early" target="_blank" rel="noreferrer">https://rushcountyfoundation.org/look-back-at-2022/#early
2    View on Facebook