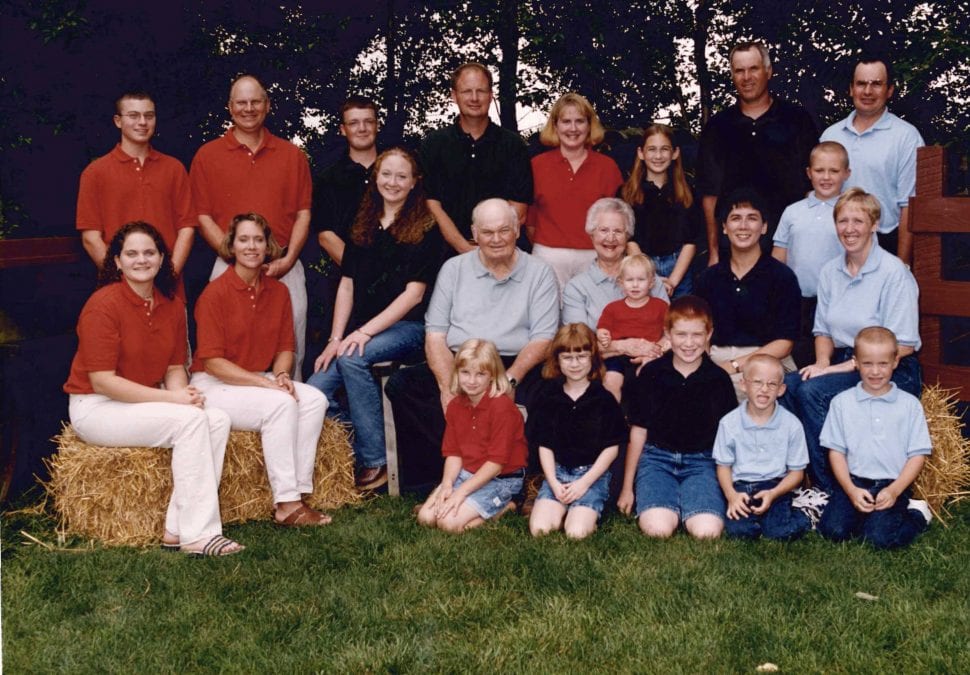 Robert “Bob” Meyer was a man dedicated to his craft and community. He was a fair and supportive 4-H leader for 55 years, helping Rush County children with their projects and instilling in them a sense of responsibility and pride in their work. When he passed away in 2005, his family wanted a way to carry on his legacy in the community. They found what they were looking for in the Robert Meyer and Family 4-H Scholarship.

Bob was very active in the community throughout most of his life, both inside and out of 4-H. He raised cattle, was both a Purdue University fan and graduate, was the Knights of Columbus treasurer for 40 years, was a member of the State Electric Advising committee, and was a Rush County Fair board member for 50 years. He also advocated for REMC for many years in addition to being a board member and president—even serving as state president at one time—and was involved with the 4-H Council and the Purdue University Extension board.

Though Bob was very involved and subsequently very busy, his son John Meyer said that his mother, Margie, had the toughest job of all—taking care of Bob and their five children. Margie was also very involved with the community in addition to raising a family full-time—she was president of the home-ec club, was county president, and served on the REMC state committees. She continues to be a member St. Mary’s and assist with the Fall Festival in addition to caring for her large family.

Bob’s love for 4-H lived on in his children and grandchildren, who all participated in 4-H for 10 years. His 5 children have all carried on his other passions as well—Ann graduated from Purdue with a degree in accounting, Alan raises shorthorn cattle, Dale is an electrician, Tom (along with two of his brothers) was a Grand Knight of the Knights of Columbus, and John is on the fair board and is a 4-H leader.

When their father passed away, the Meyers came together to decide how they would like for his memory to be honored. They decided on a scholarship that could support the 4-H members who are attending college at the sophomore level or above. They chose to make this for non-freshmen students because they realized how many scholarships end after the first year, and more obviously, they wanted to support 4-H members to carry on Bob’s legacy and passion for 4-H.

The 4-H program instills values like work ethic, dedication, and loyalty; the Meyer family wanted their scholarship to reward those students who have given so much of their time and selves to the program. The family hopes that the scholarship helps its recipients succeed in life, and perhaps even benefit the 4-H program and the community as a whole in doing such. More than anything, they want high schoolers to get involved and stayinvolved with their community. They hope their scholarship with encourage more students to do that.

Rush County Community Foundation9 hours ago
Gifts made in memory or in honor of someone special support Rush County's changing needs forever. Such a beautiful tribute. ❤
1    View on Facebook

Rush Co Foundation · 9 hours ago
@GiveINRush
Gifts made in memory or in honor of someone special support Rush County's changing needs forever. Such a beautiful tribute. ❤ https://t.co/LoL1nlNvhp
View on Twitter
2
1