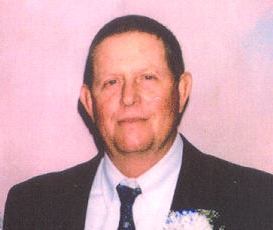 Nick Singleton was born and raised in Rushville and dedicated much of his life to making a difference for the youth of Rushville and Rush County. It began as a young man coaching Little League and blossomed into serving as Rushville Boys’ and Girls’ Club Director, as well as Park’s Director for the City of Rushville for over 20 years. The Nick Singleton Memorial Fund was established by his three children, Sue, Sandy, and Butch, to allow their father to continue to impact the local youth even after his passing.

Nick was heavily involved in his community in various ways, though Nick’s children note that he had a special place in his heart for baseball. Born a Yankees fan, baseball was simply in his blood. Nick even saved the old “Cub League” baseball league from extinction by absorbing it into the Parks Department for a few years in order to keep that special piece of Rush County history alive.

Much of Nick’s impact in Rush County was made during his tenure as Parks Director, which is why his children decided to dedicate his fund to the city parks. During Nick’s time at both the Rushville Parks and the Boys’ and Girls’ Club, he was able to provide guidance to countless youth and was often described as a “second father” to those whose lives he touched through his work.

Nick always believed in taking care of those who took care of him. His children fondly remember him making sure that the “girls at City Hall” received a handmade gift every Christmas while he was the Boy’s Club Director. The girls at City Hall made his job easier, so he wanted to take care of them. It is in that vision that this fund was established. The City of Rushville Parks Department provided for his family, and in return, the fund established in Nick’s memory will forever ensure that the city parks have necessary funding for amenities, projects, and resources that might otherwise not be possible through budgetary means.

In their father’s memory, the Nick Singleton Memorial Fund was established to benefit the City of Rushville Parks Department. It is the hope of his children the fund can help provide funding for equipment for the parks and provide for the Summer Park Camp.

Rush County Community Foundation9 hours ago
There are many reasons to have a will. Some you may not even have thought about. Do you have a pet you want cared for? Here are 9 more important and surprising reasons: https://www.freewill.com/learn/10-reasons-to-have-a-will
View on Facebook

Rush Co Foundation · 1 day ago
@GiveINRush
There are many reasons to have a will. Some you may not even have thought about. Do you have a pet you want cared for? Here are 9 more important and surprising reasons: https://t.co/l6pxOaNPnJ https://t.co/H5s8TNVv63
View on Twitter
2
0