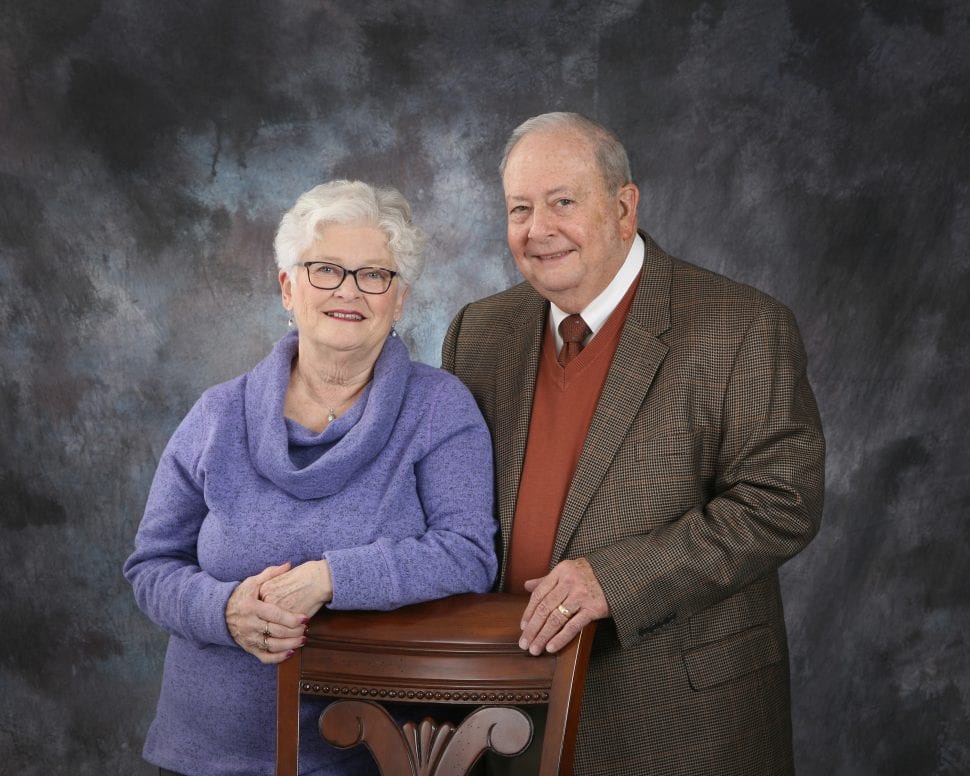 The Gerald W. and Anita J. Mohr Community Fund was created by Gerald’s wife, Anita, their sons, Brian and Brett, and family friend Mary Kehrt as a retirement gift to honor his 36 years spent serving the Rush County school system. Gerald’s long history of involvement and support in the community is what drew them to the idea of establishing a community fund, and he described it as the perfect gift since he had wanted to create a fund with the Rush County Community Foundation since he first joined its board decades ago, not long after it was first founded.

The Fund started out as just the “Gerald W. Mohr Community Fund,” but was amended in 2009 to include Anita’s name after her retirement to honor her tenure as a teacher as well. As educators, both Gerald and Anita have made an obvious impact in their community throughout the years. Anita taught elementary school for 41 years, and Gerald served as the Rushville Elementary School principal for 29 years. He, along with John Wilson, was also responsible for creating the Rushville Consolidated High School swim team, and he coached the team for 16 years.

However, the Mohrs’ goodwill does extend past education. Anita, a Rush County native, was involved in several charities with her sorority during her time at Ball State and was a member of the local chapter of Psi Iota Xi. She is also a member of P.E.O, or Philanthropic Educational Organization and is an annual contributor to the CIRCLe fund.  Gerald is currently president of the county council; is a member of the Indiana Principals Association Association and Rotary; is involved with Community in Schools; has served on the Community Corrections Advisory Board; and is currently a member of the Indiana Association of School Principals—he also served 10 years as the Executive Director. They are both active members of the First Presbyterian Church and the Indiana Retired Teachers Association as well.

It is due to the Mohrs’ experience in community programs that they understand the need for community grant funds. They know that community funds like theirs have a wide-reach and the opportunity to help as many people as possible. Anita and Gerald hope that their fund will be able to help the community in a lasting and meaningful way, and they are particularly hopeful that eventually enough funding will come through to establish a community center with a lap pool for therapy and the high school swim team.

When asked what he believes to be the best way to give back, Gerald had this to say, “There are lots of ways to give back. You just need to find the one that works for you.” The Gerald W. and Anita J. Mohr Community Fund is just their way of giving back to the community that has supported them all of these years. It can start small, with donations made in honor of birthdays or in memoriam of friends that have passed; but each donation, no matter how small, adds up and contributes to the bigger picture, something that the Mohrs understand deeply. It is due to their dedication to give wherever and whenever they can that they were able to establish this fund that will make lasting changes in their community forever.