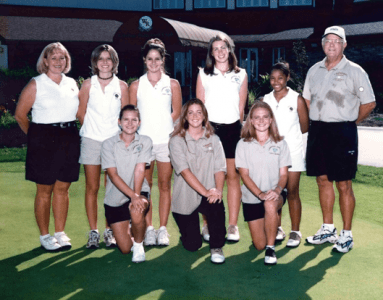 Robert “Bob” Priddy was a man who dedicated his life to helping others, whether that be through the numerous sports teams he coached or simply being there to lend a helping hand to anyone in need. His daughter, Deby Priddy, described him best as “someone who didn’t understand that there were things that couldn’t be done. There were just things that needed to be done… and he did them.”

Bob grew up playing a variety of sports—football, basketball, golf, etc.—and he chose to share his experience with youth of all ages for nearly 60 years. He coached baseball, basketball, soccer, and golf in Rushville, Lawrence Township, and Greenfield. He was also one of the founders of the local youth baseball league in Rush County in the 1950s. His generosity and kindness were so prevalent in the communities that he served that he was often referred to as the “community grandpa.”

Bob was a hardworking and extremely well-rounded individual who was constantly active between work, raising a family, coaching, fishing, art, and various other interests. He coached until he was 81, and even then, he was often begged to stay “just one more year.” His loss at the age of 83 was felt throughout all of the communities he served, and Deby has been told that her father is “a gap that [they] haven’t been able to fill.”

The Bob Priddy Sports Partner Fund was created by Deby Priddy and Christie Love, who Bob described as a second daughter, as a way to continue Bob’s legacy of helping youth in sports. Christie suggested the idea to Deby when she was trying to decide where to have money donated in lieu of flowers for her father’s funeral, and they immediately set out to raise enough money to start the fund. Jay, Christie’s husband and Bob’s close friend, helped them acquire the necessary money and subsequently, the fund initially raised over $15,000 and is already being used to support the youth of Rush County.

When asked how she hopes the fund will be used to better her community, Deby said that she believes that when kids are involved in an organized sport, they have the opportunity to learn skills outside of just hitting a baseball or swinging a golf club. Bringing children of different backgrounds and social circles together to learn about teamwork and good sportsmanship can help create a lasting sense of community and build connections that can last a lifetime. Deby hopes that this fund will help ensure that every child can be involved, regardless of their financial situation.

At Bob’s funeral, Deby fondly remembers Max Oldham, a longtime family friend, saying, “Everyone needs a Bob Priddy in their lives.” By creating the Bob Priddy Sports Partner Fund, Christie and Deby have ensured that the community will still have a part of Bob for generations to come. The fund was dedicated to local youths in sports to carry on Bob’s legacy of generosity and support, and they hope that as the years continue to pass by, the fund will grow to impact more and more children in Rush County.