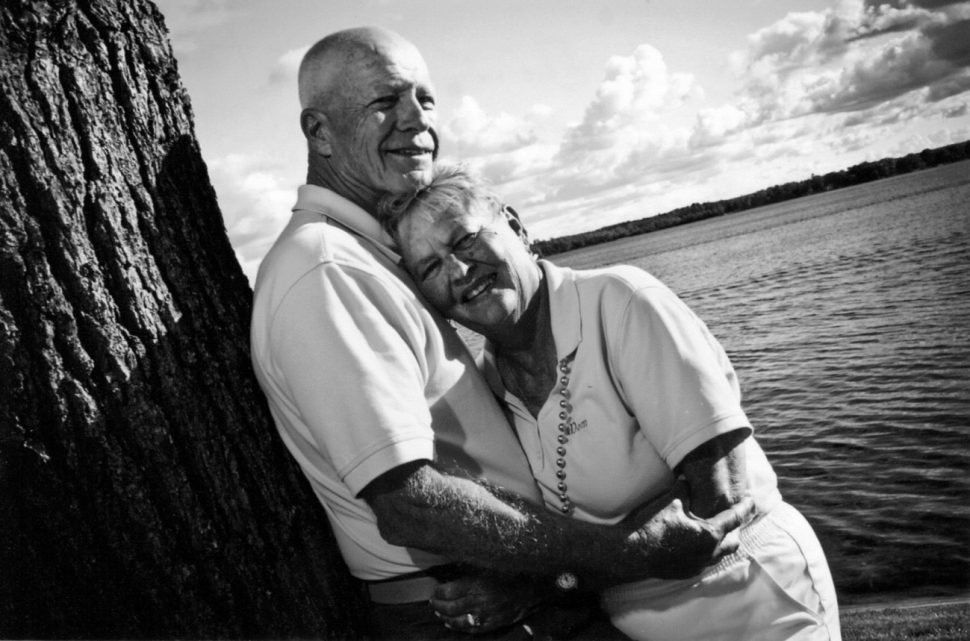 Richard “Dick” and Sue Moster’s philanthropic spirits have long been known by those residing in the Rush County community.  If you were fortunate enough to know them, neither were someone you would quickly forget.

Dick, a lifetime Rush County resident, and Sue, a Rush County resident since her mid-twenties, were married in 1958.  Both graduated from Ball State University.  In addition to his schooling at Ball State, Dick served in the US Army and graduated from the Indiana College of Mortuary Science.  He was a third generation funeral director, beginning his career working in the family funeral home his grandfather started in Laurel, IN in 1884.  The Mosters expanded the business into Rushville in 1931, and as most Rush County residents know, he continued to work in the family business until his passing.  Sue retired from a career as a speech and hearing clinician/pathologist, serving most of her career in the local school system.  Aside from spending time with their four children (Dan, Amy, Ann, and Ellen) and their grandchildren, they enjoyed traveling and spending their summers at Carp Lake, Michigan in their later years.

In 1998, while working on their estate planning, Dick and Sue elected to establish a Charitable Remainder Trust to ensure that a portion of their estate would be utilized to achieve their charitable wishes in perpetuity.  Upon Dick’s recent passing, the proceeds from the charitable remainder trust were realized and disbursed to support their selected causes via the Rush County Community Foundation.

The Rush County Community Foundation is honored that we were selected to assist Dick and Sue with the fulfillment of their charitable goals.  If you are interested in learning more about making a gift, for today or tomorrow, we encourage you to visit our website at www.rushcountyfoundation.org/giving or contact our office at 117 N. Main St., Rushville.