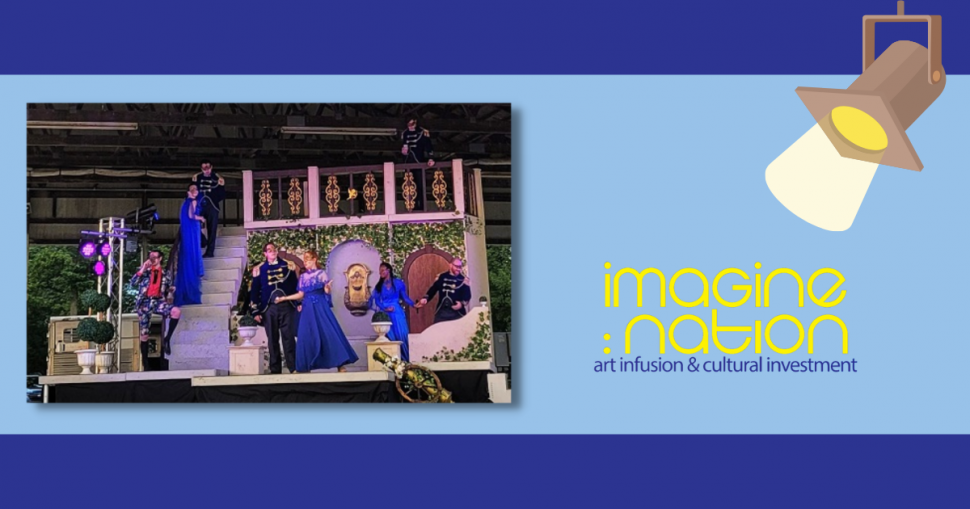 If you thought you needed to travel to New York City or another large metro area to experience a professional outdoor performance of Shakespeare, we’re pleased to correct you.

imagine:nation, the arts & cultural council of Rush County, received an RCCF grant to help bring a free traveling performance of Much Ado About Nothing to Rush County.

On the afternoon of July 30th, Brown Box Theatre Project’s production of Shakespeare’s play rolled into Rushville’s Riverside Park Amphitheater. In the matter of just a few hours the stage was transformed into 17th century Italian villa, complete with festive lighting and a running fountain. The mainly twenty-something cast also served as crew, assembling the set as a well-oiled machine.

An audience of nearly 100 people gathered on a beautiful summer’s evening to experience the Bard’s 400-year-old comedy of secrets, trickery and love. Admittedly the old English was a bit hard to follow at times, as were the relationships between characters. For many in the audience, though, mid-way through the performance, the plot just clicked. The actors delivered their lines beautifully and laughter followed the jokes. For about 90 minutes, all were transported to a different place and time.

“I took my girls, ages 4 and 12, and expected them to maybe not enjoy it, but they’re still talking about it! My 12-year-old is interested in more Shakespeare. My 4-year-old re-enacts the scenes from the balcony on our playground. I’d love to see more plays at the amphitheater,” shared one mom.

Just as quickly as they appeared, Brown Box Theatre Project packed up and left, on to the next performance.

Brown Box seeks to bring cultural experiences to rural and under-served communities through their performances. imagine:nation works to grow the population and attract businesses through investment in quality of place and culture. Your gifts to Community Grants Funds helped make this delightful evening possible – thank you! 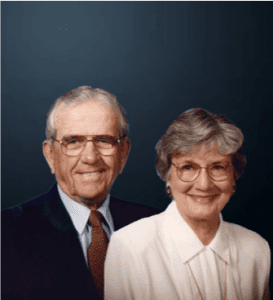