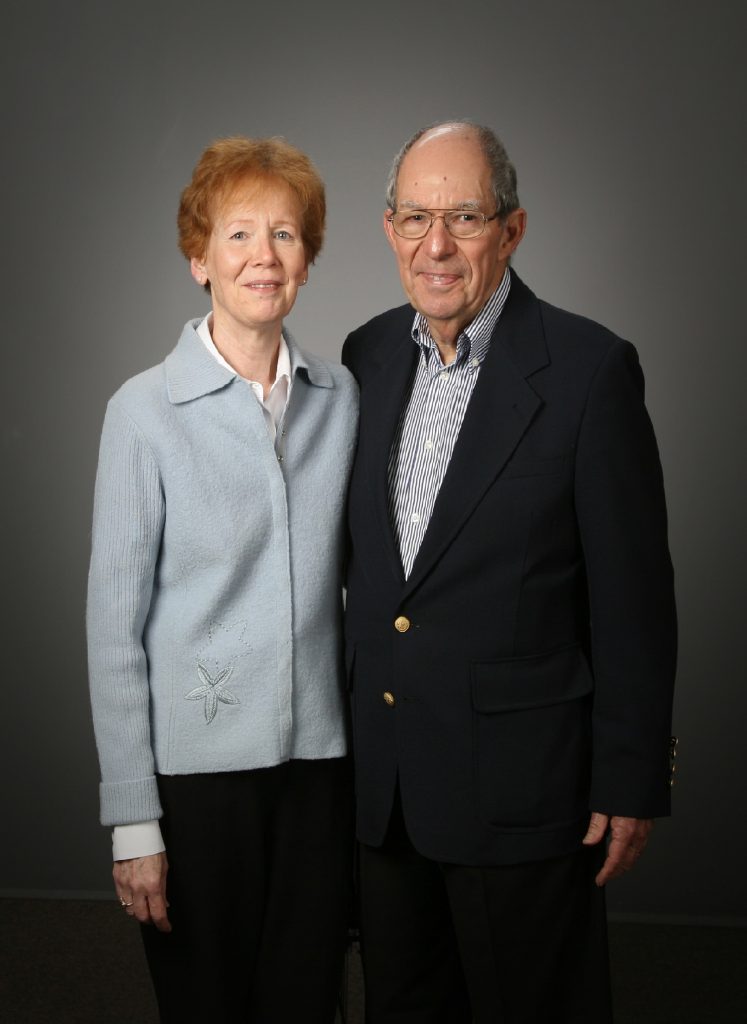 When David and Barbara Malson first approached the Rush County Community Foundation about beginning a fund in the fall of 2016, it was with passion and excitement for the potential of making an impact on Rush County’s youth.  Their enthusiasm was met with an equally enthusiastic solution when they proposed their idea to Alisa Winters, the Executive Director of the Rush County Community Foundation, and in 2016, the David and Barbara Malson Kindergarten Book Pass-Through Fund began.

David and Barbara’s desire to make a difference in the lives of the youth in Rush County can be attributed to several factors, including their evening walks.   Nearly every weather-permitting evening, David and Barbara enjoy a stroll through the community’s parks and can’t help but to observe the children and teens along the way.  Throughout the years they’ve noticed a variety of our community’s youth in the park and wondered how they could help those who seemingly lacked parental guidance or a loving household.  One Sunday their minister challenged the congregation to do something outside of their comfort zone, and as Barbara considered the kids they see in the park, she had an idea.  She and Dave decided to occasionally give kids in the park cookies, milk, or water, and they were delighted to see the response.  Over time, kids began sharing the walking trail with them, smiling, and saying “hello” when they passed.  A simple gesture and a friendly smile had brightened the day of numerous Rushville youth, while also encouraging a newfound courtesy.

As Dave and Barb continued to consider ways to make a positive influence among our youth, Indianapolis Star journalist Matthew Tully published an article that shared the positive outcomes of an Indianapolis Public Schools mentored reading program.  Inspired to make reading a priority among Rush County children and recognizing that such a program could be done here, Barb made a phone call to share the idea with Mrs. Cathy Schneider, a third grade teacher at Rushville Elementary School East.  Since that phone call in 2010, Barb has been a volunteer reader at Rushville Elementary School East.  Each week she spends 45 minutes reading with a designated third grader, often a student who is shy, lacks confidence, or is in need of a little extra encouragement.  Dave began reading to a student in the class in 2012, and through changes in teachers and classes, both continue to read to third grade students today.

The time shared with their students has improved reading ability and vocabulary, and arguably of greater importance, fostered a relationship that has allowed students to develop social, communication, and interpersonal skills.  Dave and Barb’s weekly interaction with their students has opened the door for youth to explore qualities and potential within themselves they otherwise may not have recognized.  With tears in his eyes, Dave shared that on a recent walk he and Barb saw his student in the park.  After weeks of reading together this school year, Dave saw the little boy smile for the very first time that evening after exchanging friendly “hellos”.

In addition to reading to third grade children, Dave and Barb work with the Rushville Elementary Schools’ Kindergarten teachers at the end of each school year to provide $10 worth of books to each Kindergarten student.  The excitement in the classrooms and the smiles on the children’s faces when presented an individually selected and gift wrapped book of their own to forever keep has rewarded the Malsons enough to continue their gifts for nearly 10 years.  Due to the Malsons’ generosity, generations of our community’s Kindergarten students will be recognized with their very own book at the end of each school year because of the establishment of the David and Barbara Malson Kindergarten Book Pass-Through Fund.

Dave and Barb’s simple extensions of kindness have inspired our community to interact with our children.  Dave and Barb motivated the community to greet our students on special mornings with high five’s.  In two years’ time, dozens of community members have met at the schools to share a high-five and smile with our students.  David and Barbara have allowed us to recognize that the simple power of a high-five and smile in the morning can change the day for students, particularly those who may have not received such encouragement at home.

The Malsons’ interest in helping our youth spans from those in Kindergarten to those preparing for their final year in college, and the Rush County Community Foundation is honored to be selected to carry out their philanthropic vision.  In 2017, Alisa was delighted for a second opportunity to work with David and Barbara as they considered opportunities to impact students seeking college degree.

David and Barbara’s interest in assisting college students piqued after assisting with the Foundation’s scholarship selection process.  Through their involvement, they recognized the need, and often missed opportunities, for our students with financial need.  Despite hard work, strong academics, and impressive community involvement, many Rush County students are limited in postsecondary education options due to the prohibitive cost of attaining a degree.  Desiring to assist these students, the Malsons decided to establish a fund that would make attending college a reality for Rush County students with financial need.  In the future, this fund will enable awarded students to obtain two of their four years’ education without any tuition expense.

In a conversation after the scholarship fund was established, Barb shared that morning’s conversation with the third grader she reads with each week.  The book her student is reading mentioned several universities and she asked him where he is planning to attend; without missing a beat, he said “IU.”  Barb knows from other conversations that he has been in foster care, and she was delighted to hear that he aspires to attend college.  It goes without saying that Dave and Barb will continue to impact his life, and could, potentially, enable him to further his education with an IU scholarship in 2027.  Dave and Barb Malson have been such a positive force in the lives of our young Rush County students, so it’s exciting to contemplate how many students in the future will benefit immeasurably from their generous contributions.

Rush County Community Foundation5 hours ago
Your donations made in memory or in honor of a loved one support our community forever. Tribute gifts in 2022 totaled $66,401. All of that love really adds up! ❤️
View on Facebook

Rush County Community Foundation19 hours ago
We are honored to accept donations in memory of Jean Diane Hedrick. She was a retired school secretary at Milroy Elementary. Your gifts will honor Diane's memory forever with support for special projects dreamed up by RCS educators. Please send donations to the Rush County Education Fund in c/o: RCCF, 117 N. Main St., Rushville, IN 46173 or give online: https://rush.fcsuite.com/erp/donate/create/fund?funit_id=1182
11    View on Facebook

Rush County Community Foundation1 day ago
2022 REWIND⏪: In 2018 we prioritized early learning and established First5. Their work continues to make high-quality learning available to more local children. A new fund will give scholarships to preschoolers in approved EL programs. For 2 years, the CIRCLe Fund has made grants to support ages 0-5. Together we are setting our children up for success. READ ALL ABOUT IT ➡ #early" target="_blank" rel="noreferrer">https://rushcountyfoundation.org/look-back-at-2022/#early
2    View on Facebook

Rush Co Foundation · 5 hours ago
@GiveINRush
Your donations made in memory or in honor of a loved one support our community forever. Tribute gifts in 2022 totaled $66,401. All of that love really adds up! ❤️ https://t.co/5gsMAdfsJL
View on Twitter
2
0

Rush Co Foundation · 19 hours ago
@GiveINRush
We are honored to accept donations in memory of Jean Diane Hedrick. She was a retired school secretary at Milroy Elementary. Your gifts will honor Diane's memory forever with support for special projects dreamed up by RCS educators. Give online:
https://t.co/5H2d7YR9tg https://t.co/W82PnTtfGD
View on Twitter
2
0