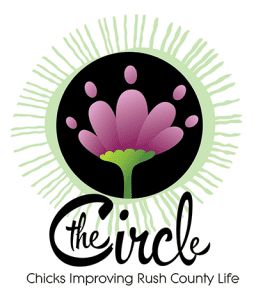 The CIRCLe Fund is the brain child of Pam Hoeing, Shelly King, Heather Meckes, Amy Ploeger, Cindy Taff, and Betsy Williams. The initial idea for the fund came when Betsy Williams was at a convention during her time as President of the Foundation:  she saw other CIRCLe groups in communities throughout the state and decided she wanted to bring it to Rush County. The name CIRCLe was created by Shelly King and stands for Chicks Impacting Rush County Life.

This grant fund is unique in that the people who contribute get a vote and the awarded grant size varies depending on the number of members in the CIRCLe annually. One constant, however, is that the grant is always large.

The members of the CIRCLe Fund saw that there were many grants that contributed to several groups but the amount was small. The founding members wanted to do something different to hopefully make a larger impact within Rush County. The CIRCLe Fund gives out one to two large grants each year and is open to anyone looking to improve Rush County life.

The CIRCLe Fund was established on March 19, 2013 by Shelly King, Pam Hoeing, Heather Meckes, Amy Ploeger, Cindy Taff, and Betsy Williams. It provides female donors an opportunity to promote and support programs that make a meaningful impact on Rush County.

Rush County Community Foundation24 hours ago
"Did you do this whole thing by yourself?" asked the young girl standing in front of Milroy's amazing new mural. "Not anymore," smiled artist, Lance Woskobojnik. "I've had 125 helpers!"