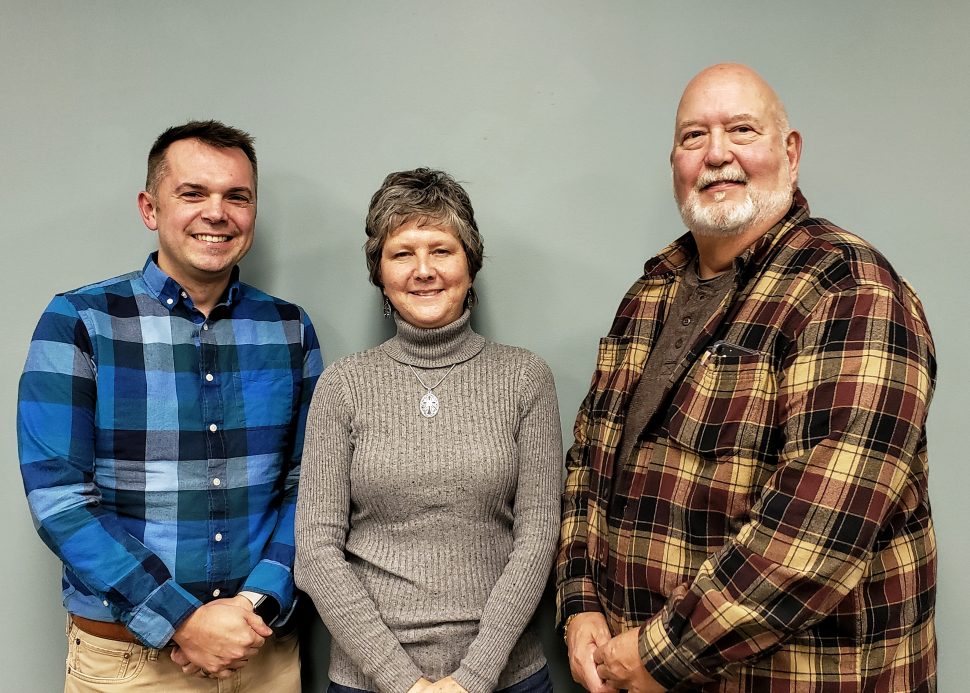 One of the biggest benefits to living in a small community is the ability to jump in and make a difference. While it’s not difficult to find new and worthy opportunities, the work itself is never easy. It takes time. It takes dedication. It takes a willingness to make big decisions with great intention. It takes a special person. These people are just that. Our gratitude goes out to the four departing 2019 RCCF board members.

Phillip Morgan served on the RCCF board for six years in a diverse set of roles. Phillip’s relationship with RCCF began as a scholarship recipient. He knew even then that he wanted to come back. JB Gardner invited him to serve on the Scholarship committee, and as Phillip said, “He was blessed to be able to.” He was both President and Vice President. He was a member of nearly every committee at one time or another. He served on the Community Awareness/Community Development, Executive, Finance & Investment and Grants committees. As if that wasn’t enough, he was also the Chairperson for the 2015 “Spirits for Giving” fundraiser event for GIFT VI. It’s no surprise that Alisa said, “Phillip could always be counted on to take a leadership role and provide a thoughtful, thorough perspective when faced with a decision or challenge.”

Diana White concluded a six year term on the RCCF board. Her service included participation in the Community Awareness/Community Development and Scholarship Committees. “I appreciate the opportunity to serve. I’ve been able to meet people I wouldn’t have otherwise,” she reflected. Alisa added, “Diana could always be counted on to help with event setup and execution.” Diana has a personal connection to RCCF, too. When her father passed in 2012, her family requested donations to RCCF in lieu of flowers. These donations were pooled and the Robert L. Winters Scholarship Fund was created in his memory. Diana has enjoyed watching the fund grow while celebrating his life in such a meaningful way.

Larry Mull was a three year board member. He also served on the Community Awareness/Community Development and Grants committees. After graduating from Arlington High School, Larry went to IU and left Rush County for 42 years. When he returned, he was also recruited by JB Gardner to serve on a committee. Larry credits joining the RCCF board with “making him feel included again.” He said it feels like “where the cool kids are.” Larry struggled with his decision to leave the board but felt that with the travel he’s planning, he just couldn’t fully commit to his role. We understand and are always happy to see him when he stops by the RCCF office on his way home from running errands. “Larry brings a friendly attitude and smile with him. He was always there to help with event setup and execution. And apparently makes a mean BLT according to last year’s Five in 50 riders,” Alisa smiled.

Larrie Rose served three years as an RCCF board member, including one year as Treasurer. He was a member of various committees including: Community Awareness/Community Development, Executive, Finance & Investment. He was the founder of the Ag Council. His varied strengths and interests served RCCF well. Alisa said, “Larrie could always be counted on to attend whatever meetings were called. He was a true advocate for RCCF and shared our story. He researched philanthropy and other foundations to offer innovative ways of doing our good work. He is terribly missed.”

George Patrick “Pat” and Martha Todd were born and raised in Rushville and spent much of their lives helping their community. They ran ToddFuneral Home, created an ambulance service for Rush County, and opened Hillside Haven Nursing Home all while raising their eleven children. Mr. and Mrs. Todd were hardworking and dedicated individuals who believed  … Read more

Rush County Community Foundation4 hours ago
The Rushville Public Library's new program advances the efforts of First5 Rush County's Early Learning Coalition to support the healthy development of our community's youngest residents. "The potential for a lasting impact on our community is immeasurable. The coalition of organizations working together to achieve a goal and the enthusiasm they have is exactly what the CIRCLe founders had in mind when we started the fund eight years ago," noted Cindy Taff, one of the fund's founding members.

Rush Co Foundation · 14 hours ago
@GiveINRush
The Rushville Public Library received the 2021 CIRCLe Fund grant for its new program "1,000 Books Before Kindergarten". It advances the efforts of First5 to support the healthy development of our community's youngest residents. https://t.co/zzWmmjUIv4 https://t.co/1HHS6KpX59
View on Twitter
2
1