As a part of the series reviewing the Rush County Community Foundation’s “designated endowment” funds, we’ll be taking a weekly look at the Rush County nonprofit organizations that have funds that support their mission and work held at RCCF.  This week’s installment focuses on the Rushville American Legion, Post #150.

The American Legion operates based on four pillars of service:  Veterans Affairs & Rehabilitation, National Security, Americanism, and Children & Youth.  These pillars guide the programs in which the American Legion members, Auxiliary members, and Sons of the American Legion members lead for our community.  Veterans of all ages are recognized by the Rushville American Legion:  the Sons distribute care packages to veterans residing in our local nursing homes, the Auxiliary sponsors a veteran at the Indiana Veterans Home, providing care packages, money for needs, and gifts for holidays and birthdays, and Legion members act as a local support network for both Veterans and families of service men and women currently deployed.  Veterans are remembered by the American Legion Post #150 by crosses and flags placed at the Rush County courthouse lawn and in cemeteries at Memorial Day.  As the incoming generation of veterans and families arise, the Legion is looking for ways to attract new and younger members:  family game nights, movie nights, a walking club, and 5k runs/walks are among the activities Legion members can look forward to adding in the approaching years.

The American Legion, Post #150’s impact carries beyond the Veterans and families of veterans into our entire community through their service and the programs in which they have developed.  Scholarships, sports team sponsorships, charity benefits, sponsorships of Boys and Girls Hoosier State candidates, and fundraisers benefit many individuals, families, and organizations within Rush County.  The Legion’s facilities serve as a location for bereavement dinners, benefits, and fundraisers for community members as well.

If you’d like to make a difference in the lives of our local Veteran families and community, we encourage you to consider a donation to the Gilbert E. and Phyllis C. Joyce Fund.  To learn more about the Joyce Fund, visit our website www.rushcountyfoundation.org, our office at 117 N. Main St., or give us a call at (765) 938-1177. 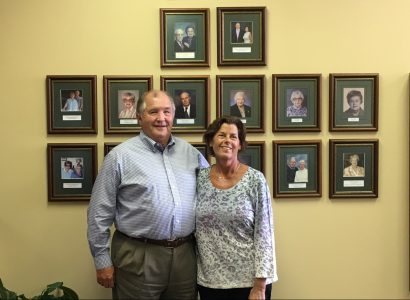 Rush County Community Foundation3 hours ago
The Rushville Public Library's new program advances the efforts of First5 Rush County's Early Learning Coalition to support the healthy development of our community's youngest residents. "The potential for a lasting impact on our community is immeasurable. The coalition of organizations working together to achieve a goal and the enthusiasm they have is exactly what the CIRCLe founders had in mind when we started the fund eight years ago," noted Cindy Taff, one of the fund's founding members.

Rush Co Foundation · 13 hours ago
@GiveINRush
The Rushville Public Library received the 2021 CIRCLe Fund grant for its new program "1,000 Books Before Kindergarten". It advances the efforts of First5 to support the healthy development of our community's youngest residents. https://t.co/zzWmmjUIv4 https://t.co/1HHS6KpX59
View on Twitter
2
1